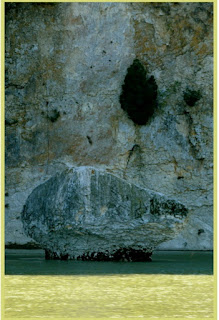 AFTER THE SHOCK of two consecutive very wet days, Vaucluse returns to sunshine, brightness and colour. So we are back out there, sucking it up so that the forthcoming winter finds us with batteries charged. Sometimes where to go is a bit of an issue and then we have a bit of a debate. I think we often go on spec and find detail that would usually not attract much attention from others. Of course the colours are magnificent, for all to see and enjoy. Last year was just as good so this sort of display must be the norm, not the exception, it is lovely.

We walk, we potter, we explore. Most of the time your correspondent follows in the wake of Mrs Melling, (we have a disparity of speed) but on a roughly confirmed route, familiar or not-so-familiar. This last week we found a gravel dredger amongst apple orchards down near the Rhône; visited the lower reaches, beaches and bridgehead of the Ardeche, (the river that is, and where the two chattering gulls, seen above, inspired this muse); traced the Canal de Carpentras to the point where it passes under the old town; returned to the valley and olives of the Toulourenc near Veaux; perambulated amongst the vines and groves between Visan and St Maurice-sur-Eygues, not far from the snail farm – as well as local bits and pieces. The vines are colouring up: we can still find little bunches of grapes, too small to bother with at the time of harvest, but delicious refreshment for us as we wander by.

The son-and-heir is sometimes given to projecting imaginary conversations he thinks his parents might have (and even do have) about this or that . . . and very amusing these projections are . . . I can of course assure my public that we never address each other as Mr Smith, Mrs Melling . . . well, we didn't, did we Mrs Melling – until the lad started his play-acting (he really is very funny, leastways to ourselves). On our excursions there is an implicit conversation about and appreciation of what we went to see and the surprises we might have uncovered in so doing . . . and our satisfaction at it. 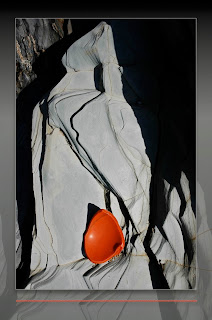 But this week we were privileged to be included (top table no less) in the celebrations for our friend Gérard's eightieth. He and Jennifer laid on a wondering evening of eating and drinking at a domain just outside Sablet for thirty-six of us. We met new people too. Speeches, songs etc, across three languages, one of which fortunately English. Being the generous sort I framed up an image (slate with trawl float fragment) which I presented to the Kaisers (in private, not at the function).  It now it graces their terrace room wall in their house on the Grande Rue . . .

All these things are far better covered in Mrs Melling's blog of course, I can do no better than refer you to it, from the link provided herewith . . . [top right] Isn't that right Missus Melling? Certainly is Mister Smiff.
Posted by adrian smith 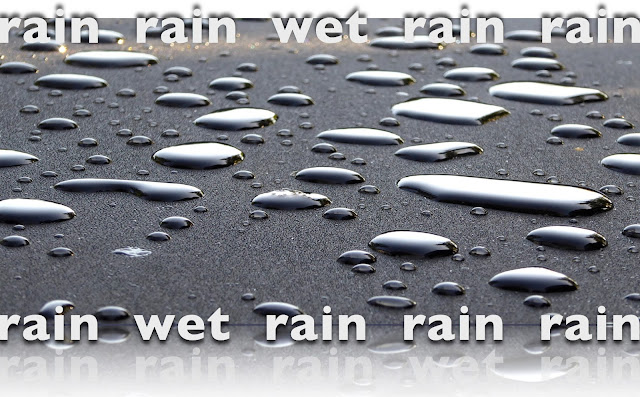 YES, IT IS TRUE, it can rain excessively, for several hours at a stretch, here in sunny Sablet. This episode started with a mostly rainy day, dried up a little towards nightfall and then got stuck in seriously, accompanied eventually by characteristic thunder and lightning episodes and kept at it until well after daybreak. In fact, I am not so sure that it is not going on right now.

Which is why I am sitting here (or sat here as I understand we now are able to say) telling you about it. Not that interesting I guess, but it is part of the scene. Laying in bed in the night hearing the rush and rattle of the rain on the pantilles above our heads, well it makes me feel snug.

I do love rain, y'see – especially the heavy stuff. Lightning and thunder, a bonus!  Our recently renovated roof edge over the terrace showed itself up to the job and the cleaned out terrace drain also coped with the flow.

OK, I like rain it is true, but maybe it could think about stopping soon.
Not sure I find the grey scudding clouds so much to my liking . . .

The rain abates the mists cling to the Plan de Dieu, Sablet looks distinctly damp.
But the newbuild goes on [up], as scheduled. 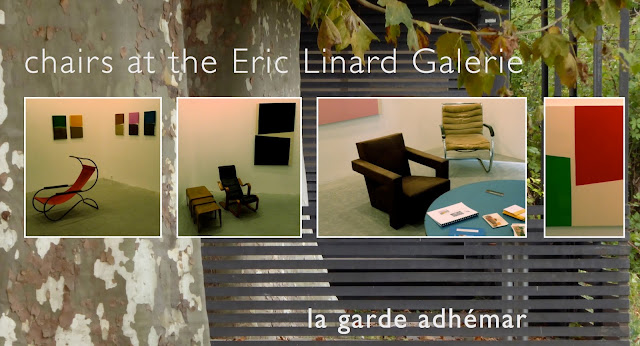 IN JULY, I THINK, we walked past the imposing former silk mill on a summer walk that started and finished at La Garde Adhemar, and we resolved to return in the autumn. So we did.

Eric Linard is a distinguished fine art printer and designer who some years ago upped sticks from Strasbourg to convert and refurbish the wonderful silk mill near Le Val des Nhmphs into a gallery space, workshops and printing works. At this time of the year we expected the place would be quiet and indeed it was. Not open in fact, though it proclaimed it was. However, Mme Linard rushed off when she came upon us in the grounds, got the keys and soon we were amongst some of the wonderful collection of classic chairs belonging to furniture maker Marc Hotermans that find a home here.

Be in no doubt, these are indeed very significant chairs (and with some furniture also) designed by some of the greatest names in 20th century design. Mies, Le Corbusier, Aalto, Riedveldt, Breuer and a host of others. In original condition. 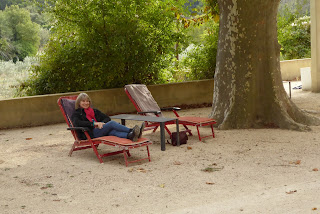 And here you get to sit on the chairs, are encouraged to do so. The pictures of Guillame Moschini grace the walls: these too we liked very much, simple yet with a real presence.

Outside this quite majestic former mill, two recliners that did service on the former Atlantic super-liner 'France'. Quite a place, shades of the long closed former Crestet Arts Centre (which we passed a day or two ago, neglected and declining) but safer we hope, as it is in private hands, with a viable business attached.
Posted by adrian smith